On Wednesday CCP gave a name to the expansion it teased at Fanfest: Uprising. Why the switch back to expansions? Who knows? Did CCP fear a backlash if the company continued to try to implement non-fungible tokens into EVE? Or did the replacement of Pearl Abyss CEO Jung Kyeong-In with Heo Jin-Young in March 2022 indicate a general change of direction away from the blockchain, NFTs and play-to-work schemes at Pearl Abyss? Whatever the reason, CCP's Hilmar Veigar Pétursson announced in April that NFT now stands for "Not For Tranquility".

A statement from CCP CEO @HilmarVeigar regarding NFTs, cryptocurrencies and the future of EVE Online. pic.twitter.com/yTw4nyrVqA

If I were the cynical sort, I'd say CCP spent the month between the NFT announcement and Fanfest thinking up replacement content for the originally planned blockchain/NFT/play-to-work updates. I'd also say the scramble to present alternatives to the player base gave CCP Aurora the opportunity to push her ideas about factional warfare to the forefront. At least, the leadership at CCP seems satisfied to give her the credit for the idea. Of course, if the changes go wrong, the leadership seems willing to let her take the fall. Another reason to root for the success of the expansion.

The expansion is based around a revamp of the factional warfare feature. Introduced in the Empyrean Age expansion in June 2008, the feature really hasn't seen a lot of attention from CCP since the Inferno expansion in May 2012. In August, CCP issued a dev blog and produced a one-hour stream to update players on the new system.

One of the interesting themes is that all the features introduced in Uprising is just an introduction. In addition to the factional warfare upgrade, the developers will introduce the first steps of the Heraldry system.

Alongside this big shake up of combat strategy, opportunities to earn rewards that unlock Heraldry on ships will be made available. Corporation and alliance logos on ships will act as the introduction to Heraldry, with many more customization options on the horizon following this initial launch such as citadel SKINs and holograms on ships.

Oh, and did I mention new ships? Not a lot of details about those, but we may see new ships introduced for the first time since the introduction of EDENCON ships in the Lightning Strikes patch in June 2020. 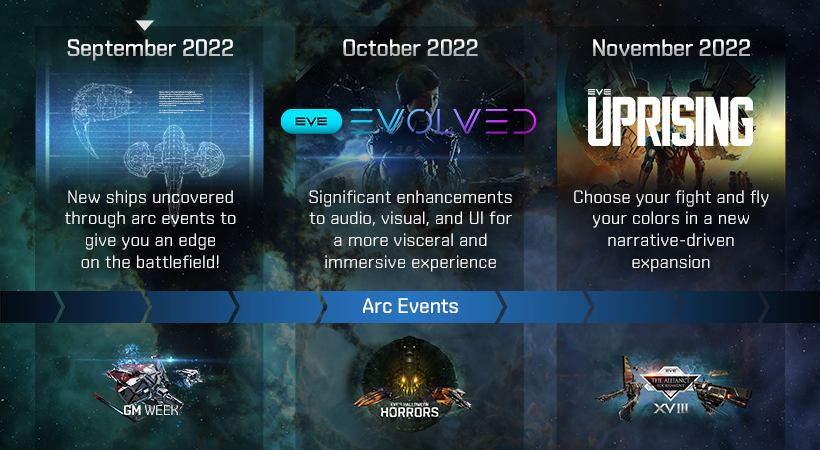 CCP is promising an increase in information as we approach the launch of Uprising. Hopefully the hype train can pull players back to the game. Because at the end of August, the number of players in the game rivaled the low point of Blackout.