On the eleventh day, of the eleventh month of the year 2017, the great war between Blizzard and Bossland finally came to an end. 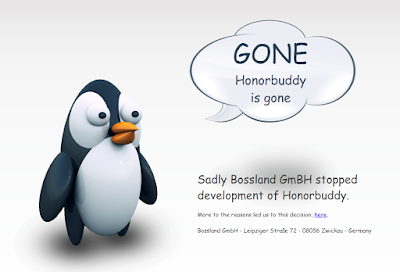 Greetings Buddies, The following will be sad news, but this is the result of a six years long legal dispute that recently turned into a battlefield for hackers on Blizzard's side. With that said, our only possible course of action is to discontinue Honorbuddy. Effective today, we will stop all sales for the following products;

Honorbuddy, Lazymon, Buddywing, Hearthbuddy​
The aforementioned services will however remain intact until 31th December 2017 for those that already own a license. Within the next week we will decide on Rebornbuddy’s and Pokefarmer's future. Demonbuddy, Exilebuddy and the Hashing service will remain on sale for the foreseeable future. The forums will undergo a change; the store will be closed. A lot of things will change. It has always been our opinion that Honorbuddy provides no edge, except to empower players with less time than others to enjoy the game like anyone else. Many disagree, not in the least Blizzard, but being able to provide this service to those players has always been a goal of ours, and something we have been happy to do for the past 8 years. It saddens us to close these services, but the recent advancements from Blizzard's side are only possible because of their decision to compromise the privacy of their players. While WoW runs, the game is continuously scanning the user's computer with the capability to send back exactly which applications the user is running, and in some situations even going as far as sending back window titles of any window on the computer. These things happen even if WoW is running in the background, and even without logging in to a character. Fighting this war as long as we have is something no one has done before, and no one will do in the future. It is not quite over yet, but we need to adapt to these new circumstances to even stand a chance of continuing in the future. We hope you understand these changes are not something we do because we want to, but because we have to. We thank you for your continued support.


Blizzard is the maker of World of Warcraft and Bossland is the maker of the Honorbuddy bot for WoW. The two companies had battled for years, both in-game and in the courts of two countries. The latest legal news occurred in April when Blizzard won an $8.5 million judgement against Bossland in a California court. The court also ordered Bossland to cease marketing and selling Honorbuddy, as well as cheats for other Blizzard Entertainment games like Demonbuddy, Stormbuddy, Hearthbuddy, and Watchover Tyrant, in the United States.

Apparently a ban wave on 13 October spelled the end of Honorbuddy, although many believe the bot's vaunted Tripwire anti-detection system was fatally compromised in 2015 and from then on users were vulnerable to increasingly frequent ban waves.

The aftermath of the announcement reminds me of some of the things said about the Roid Ripper bot for EVE when it closed after the bot's developer disappeared:


Bazingastar2013:  the last time i saw such a post from a bot creater blizzard paid for it

! bye bye HB and i have to say it - a lot of ppl said exactly that will happen after u changed the lifetime sub's ;D!

virtual: Take the money and run. I can't help but think they already knew this was going to be the result when they forced everyone to buy new keys.

virtual: Im sure those of us who bought the the year key exppected to get more than a few month from it and partial key refunds just sounds silly, I don't care about the money, I CARE ABOUT YOU GUYS THROWING IN THE TOWEL!!!!!!

matt84: Called it when you revoked lifetime licenses and what was it Tony said.. "come and see us in 6 months" well im here and you're closing the doors... So I guess that smug attitude didn't get you that far after all...
That being said it's the end of an era looks like nothing is safe from blizzard anymore and if they turn to out of process solutions that's the end... I did save myself a lot of time over the years using Honorbuddy but removing lifetime for the last few months of your life doesn't look that great..
Shylari: I mean, bossland has been lying about HB being 'undetectable' and 'relatively safe' for a few years, sitting back- collecting money all the while convincing people Blizzard is evil and actually spying on you.
I mean- it's pretty comical really.
Ferre868: is it that easy? , they knew it was going to be like that and said no more lifetime keys and pushed everyone to purchase annual key made tons of money and run away simpley ha.

Veliton: In ma opinion it is sad how you just lie to us... just look at the post here in the forum like : wait for the update ... and bam this shit ... i dont know you had the best producte for a long time for sure, but the shittest communication with us ... so yeah fuck you .. hope you will come back better and stronger .. but for now you are bunch of li


The last day of operation is 31 December, when the doors finally close on Honorbuddy. Despite the brave words, I don't expect the bot to make a comeback. While gaming outlets have declared the bot dead before, I think this time is for real.
Posted by NoizyGamer at 6:00 AM