Hilmar To Speak, Plus Skill Points

Normally I don't try to post breaking news. I'm a blogger, dammit, not a reporter. But once again CCP is moving quickly on the public relations front and I probably need to let some people know what will happen tomorrow (March 28), but this weekend as well. 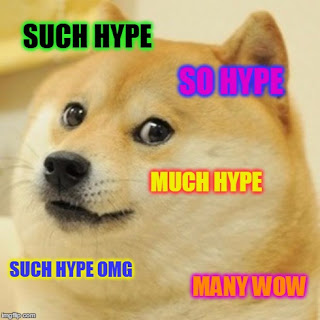 First, at 1400 EVE Time on 28 March, CCP's Chief Executive Officer Hilmar Veigar Pétursson will conduct an Ask Me Anything on the official EVE Online forums. Shortly after he finishes with the typed word, CCP Hellmar then makes a planned one hour appearance on the Talking In Stations Twitch channel. Sounds like a full day tomorrow for EVE Online news.

Since I'm posting news, I might as well continue with the latest promotion occurring this weekend. Yes, CCP is holding another skill point weekend. Starting on Friday the 29th, Alpha accounts will receive 25,000 skill points for each day they log in. Omega accounts receive, in addition to the Alpha award:

So for the event, Alpha characters can gain a total of 75,000 skill points while Omega players can rack up 250,000. Not bad for just logging in. Unlike in some other givaways, players may distribute the skill points to any of the characters on their accounts.

I figure giving advance notice of the skill points alone is enough to justify writing this post. But since CCP has sprung Hilmar's appearances with such short notice, I thought I'd also go ahead and spread the word about that as well.
Posted by NoizyGamer at 6:07 PM