The main goal of the Shortage Phase is to get the economy to the left side of the "Healthy State" on the income line. Even though it is a moving target, there is confidence that the data and tools to evaluate the situation (and then move on to the second phase) are in-hand.

At the end of March, CCP published a dev blog that stated the intention to lower player income before establishing the economy in a healthy state. The question the next few monthly economic reports will answer is: has CCP lowered the amount enough to proceed with phase 2? 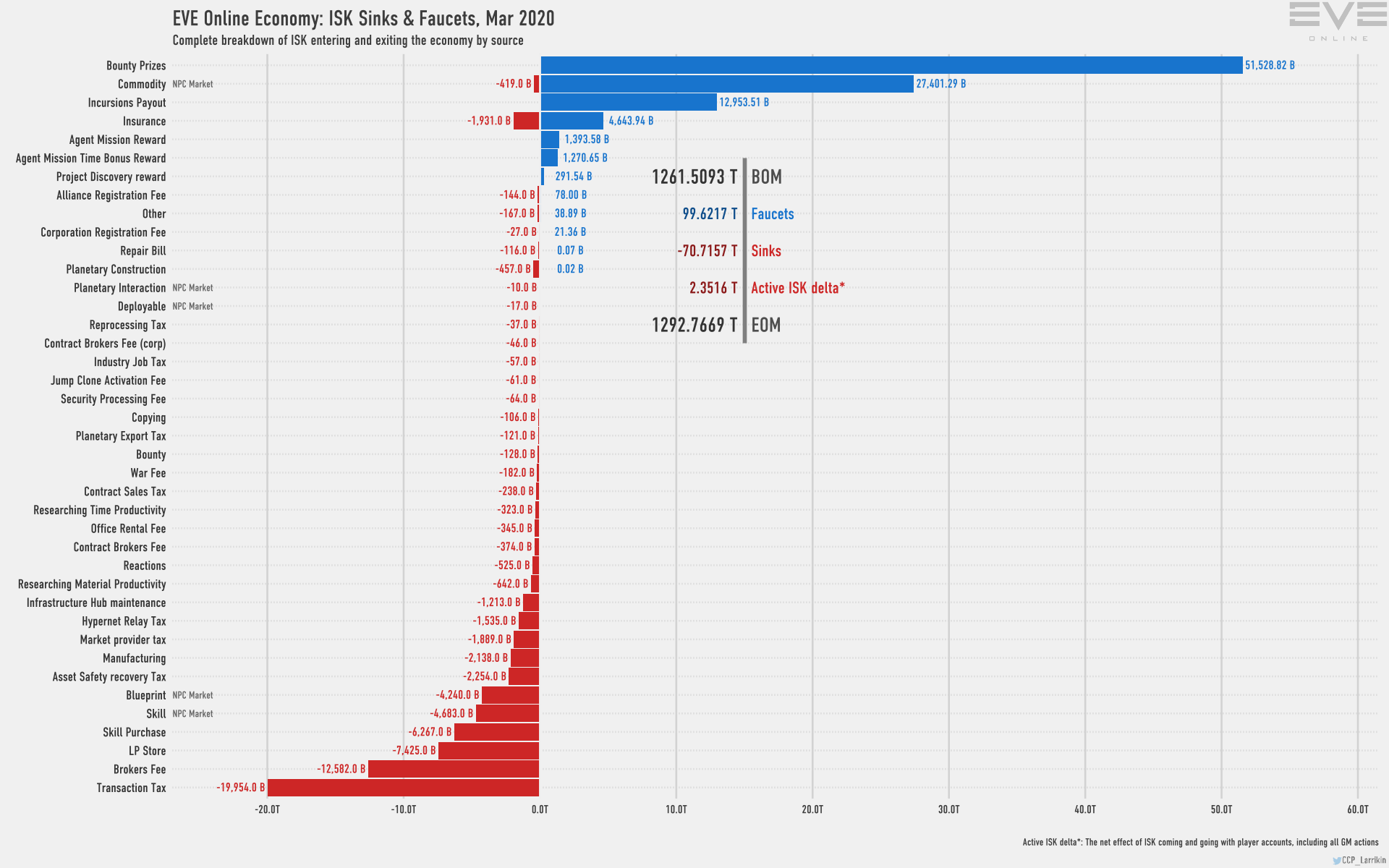 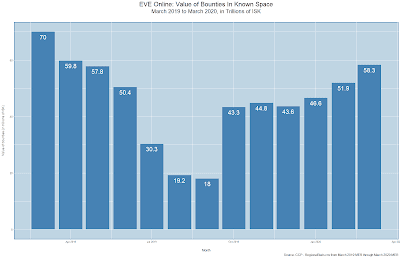 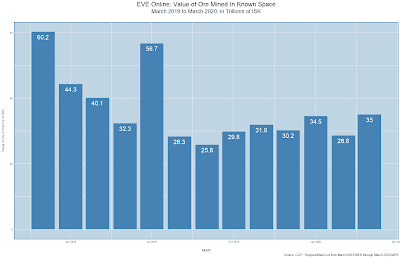 Unlike the bounty graph, the mining figures are not only determined by the amount mined, but the value of the ore mined. The value mined increased in March by 22.4% compared to the month before. From watching delonewolf's videos, much, if not all, of the increase was a result of price increases due to CCP's efforts to starve the economy of materials. And while New Eden witnessed a big percentage increase in March, the value of the ore mined was still 41.8% less than in March 2019.
In the first quarter, players mined 98.1 trillion ISK worth of ore, a 6.7% increase over Q4 2019. 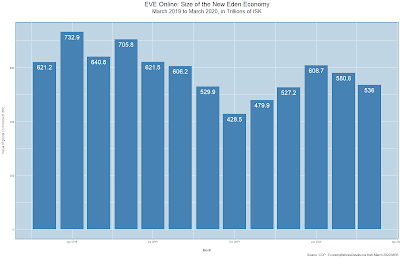 Normally I might express concern about an economic contraction in the last two months of the first quarter. However, with CCP actively working to suppress economic activity in EVE for the foreseeable future, I'd say March's 7.6% contraction was a feature, not a bug. Still, the New Eden economy avoided a third consecutive quarter of decline, with Q1 2020 performing 20.1% better than Q4 2019. 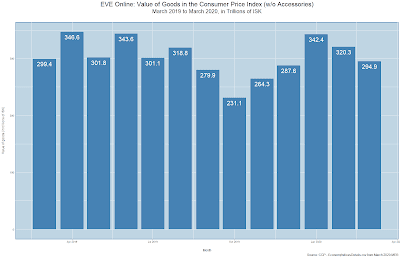 Finally, I'd like to take a little time to discuss the element of the economy covered by the Consumer Price Index. I'm a bit concerned with some of the talk coming out of Reykjavik & London. The developers seem concerned with balancing the economy with real world currencies such as the dollar and the euro. I can see balancing PLEX, a virtual currency, against other currencies. I can even extend the concept to RMT tokens like skill extractors and injectors. I personally don't think the RMT tokens should count as part of the New Eden economy, but CCP disagrees. Personally, I hope CCP calculates construction costs for basic consumer items like titans and heavy missiles in terms of time and effort to build, not their real world value. If the trend of balancing the EVE economy extends to battleships and faction modules, CCP development will have taken a disturbing turn. 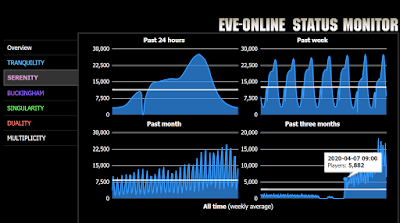 The next few months should prove interesting as the pandemic keeps people at home. At the same time, the Serenity shard is active once again and may draw a significant portion of the Chinese player base off of Tranquility. So the monthly economic report for April promises to have a few surprises when CCP releases the files in a few weeks.
Posted by NoizyGamer at 5:00 PM