What Is A Chief Customer Officer?

I got home last night and found out that CCP had hired another high level executive from Electonic Arts' DICE studio in Sweden. In the interest of completeness, I will post the press release below:

Sayans comes to CCP from Electronic Arts (EA), where she spent 14 years in a variety of key marketing leadership roles.  Most recently Sayans was senior director of marketing at EA’s DICE studio, where she oversaw the global marketing efforts for the Battlefield and Mirror’s Edge franchises. 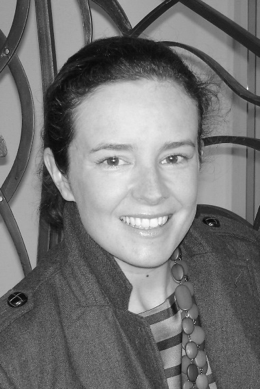 “As we embark on this new chapter in CCP’s story, it’s really important to us to further build on the fantastic relationship we’ve built with our customers,” said Hilmar Veigar Pétursson, CEO of CCP.  “Maria will help us unify our communications across teams and studios so we can better enable our players to realize their wildest dreams.”

Prior to her time at EA, Sayans was a management consultant with McKinsey & Company.

Sayans joins CCP as the company prepares for several high-profile game launches, including EVE: Valkyrie, the multiplayer virtual reality (VR) spaceship combat game that has quickly become the most anticipated title for the launch of both the Oculus Rift and PlayStation VR headsets, and EVE Online: Citadel, the next massive expansion to EVE Online, set for release in the first quarter of 2016.

“I can’t think of a better place to be a part of the VR revolution than CCP,” said Sayans.  “The company’s early leadership in VR and pioneering status in online gaming is quickly translating into real results and we aim to build on and extend that in the coming years.”

First, what is a Chief Customer Officer? I have no idea what Hilmar is thinking. But if I am correct, CCP Manifest and CCP Falcon have a new boss. Actually, according to Sayans' LinkedIn account, she started working for CCP in November, so she possibly is not that new.

Next, I think that Sayans' may know the craziness she is walking into with CCP. Perhaps that is why she will work out of London. What leads me to this conclusion? This screenshot from the YouTube video sensation from 2009, HTFU. 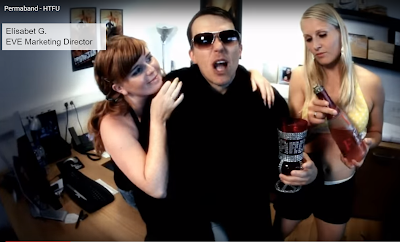 The redhead is Elisabet Gretarsdottir, who currently works as the Marketing Director on Live Services at DICE. Any chance Sayans talked with the former CCP Darth Beta about CCP?

Of course, that familiarity works both ways. Back in 2013, CCP hired Sean Decker from DICE as its new Senior Vice President of Product Development. If I have my timelines correct, Sayans started as a Senior Marketing Director at DICE in 2010, so Sayans and Decker may have worked together for a few years. Also, I hear that Nordic game developers are a little bit cliquish, so hiring someone else from a Swedish game studio makes sense, even if they are not Nordic.

So far, the few articles published by gaming-related sites have just regurgitated CCP's press release. I'm also not sure if the EVE media will do more than that. But after reading the press release and a couple of the articles, I wanted to know what Sayans thought about her job. More importantly, I wanted to hear her opinions. So I started searching YouTube for videos. After looking for a couple of minutes, I found a recording of a talk she gave at D.I.C.E. 2015 in Barcelona in September. I recommend watching the whole thing.

I found a few things interesting, and not just the quote, "It's about the glorious chaos of all out war." Sayans was the person in charge of the global marketing effort for Battlefield 4, a game that I understand did not have the smoothest of launches. Her answers to the question, "How do you regain trust?" sounds hauntingly familiar to those who remember some of CCP's bigger screw-ups.

One observation that caught my attention was that DICE relied too much on the forums for feedback and that a better system was needed. The solution that DICE came up with was the Net Promoter Score. Here is how Wikipedia describes the tool:


"The Net Promoter Score, itself, is calculated based on responses to a single question: How likely is it that you would recommend our company/product/service to a friend or colleague? The scoring for this answer is most often based on a 0 to 10 scale.

"Those who respond with a score of 9 or 10 are called Promoters, and are considered likely to exhibit value-creating behaviors, such as buying more, remaining customers for longer, and making more positive referrals to other potential customers. Those who respond with a score of 0 to 6 are labeled Detractors, and they are believed to be less likely to exhibit the value-creating behaviors. Responses of 7 and 8 are labeled Passives, and their behavior falls in the middle of Promoters and Detractors. The Net Promoter Score is calculated by subtracting the percentage of customers who are Detractors from the percentage of customers who are Promoters. For purposes of calculating a Net Promoter Score, Passives count towards the total number of respondents, but do not directly affect the overall net score.

"Companies are encouraged to follow the likelihood to recommend question with an open-ended request for elaboration, soliciting the reasons for a customer's rating of that company or product. These reasons can then be provided to front-line employees and management teams for follow-up action. Local office branch managers at Charles Schwab Corporation, for example, call back customers to engage them in a discussion about the feedback they provided through the NPS survey process, solve problems, and learn more so they can coach account representatives."

Another feature that she discussed was DICE's Game Changers program. Game Changers sounds a lot like CCP's idea for selecting players as part of focus groups and getting their input. DICE would have a group of 90 or so players involved in the program and every so often bring 20-30 players into their studios for 2 days in order to get feedback. Or one could look at the effort as a hand-picked version of the Council of Stellar Management, since CCP is already flying a group of players into Reykjavik a couple of times a year for consultations.  Did Sayans' experience overseeing programs like Game Changers help her get the job at CCP? From the outside looking in, I would have to say yes.

Switching back to business, I found the bit about opening CCP's London office a bit interesting. Back in April, CCP moved the headquarters of its U.K. operations from Slough, 20 miles from downtown London, to its studio in Newcastle. Now, CCP presumably will open an office in a more expensive location in London. I hope this isn't a case of "see money, spend money." CCP has gotten into trouble with that type of thinking in the past. I've written favorably a few times this year about CCP's financial moves. I hope they stay within a reasonable budget.

One final thought. I concentrated on the effect that Sayans may have on EVE. But CCP has one virtual reality game launched and another that will launch as soon as the consumer version of the Oculus Rift is ready for sale. And let's not forget about DUST. Sayans' plate is full with everything going on in the New Eden universe.
Posted by NoizyGamer at 6:00 AM