The fireworks began a day earlier than expected as the GE-8JV/V-3YG7 gate in Catch shut down after downtime today. 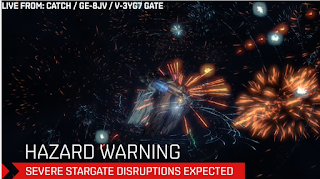 We will have to see how widespread the closures are. For those wondering if CCP is including null sec in the Triglavian storyline fun, the answer is yes. Now to check high and low sec, as the gate closures for the final liminal sites in those two security bands was expected to take place tomorrow.

UPDATE 1330 UTC: The M-OEE8/Taisy gate in Tribute has shut down. 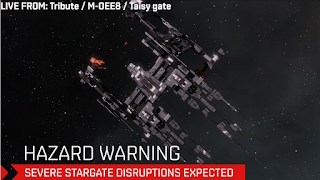 UPDATE 1345 UTC: Famed explorer Katia Sae is reporting on an Amar Navy mobilization in Sasiekko at the Raravoss gate. Sounds like Signal Cartel is mobilizing to check out the activity. Raravoss was the first system to reach final liminality.

Getting reports now that the Amar Navy is mobilizing at Sasiekko and Raravoss Gate #eveonline #tweetfleet Scouts on the way to confirm.

UPDATE 1355 UTC: The D-GTMI/F9E-KX gate in Providence is down. I don't think any strategic gates have been affected yet, but I don't play in null sec. 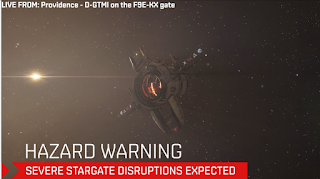 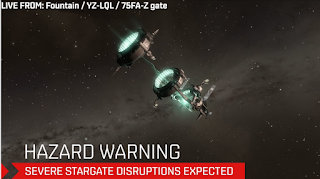 UPDATE 1420 UTC: It appears the gate shutdowns in null sec are not related to the past presence of storms.

Can confirm, not seeing in our storm history either. 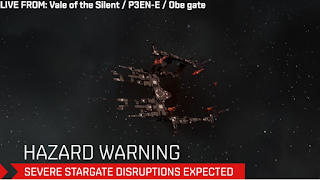 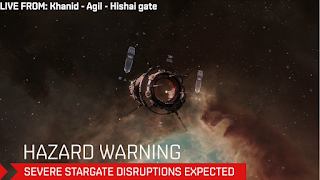 UPDATE 1505 UTC: Signal Cartel is moving into the Triglavian controlled systems in order to provide their signature rescue services.

Signal Cartel Public Service Annoucement: We wish to make our fellow capusleers aware that we have rescue pilots and resources on standby in most affected Trig systems. https://t.co/0N6AVcgxBe #eveonline #tweetfleet 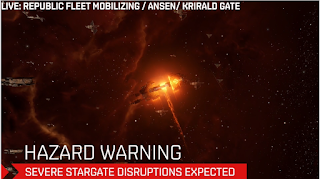 Also, Reload is reporting that the Agil/Hishai gate in Khanid is coming back online.

UPDATE 1915 UTC: It appears what is happening is that when a gate goes down, the gate gets rebooted and comes back online. This looks like gates will go down until downtime, but that is just speculation.
UPDATE 1930 UTC: This is a bit late, but we know the name of the new Triglavian region: Pochven.

There's a new SDE. I'm running a conversion now. It's got Pochven in it.

Posted by NoizyGamer at 8:25 AM