Yesterday Pearl Abyss held its earnings results presentation for the third quarter of 2020. Logging onto the call, my big concern was how the EVE IP, especially EVE Echoes, did in the third quarter. After skimming over the presentation, my next question was, "What happened to Black Desert?" The third question became the main concern of the financial analysts on the call: Crimson Desert. 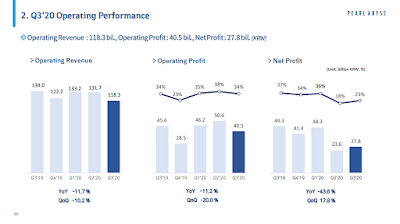 First, a look at Pearl Abyss' overall revenue. Right off the bat the numbers don't look strong. Revenue declined 10.2% compared to the second quarter of 2020 and 11.7% from Q3 2019. Converted to U.S. dollars, Pearl Abyss experienced a drop of $12 million from the second quarter. The operating profit declined almost $10 million, or 20%, from the previous quarter. One bright spot was the net profit increasing 17.8%, or $3.8 million quarter over quarter, although that did represent a decline of 43.6% compared to the same quarter in 2019. 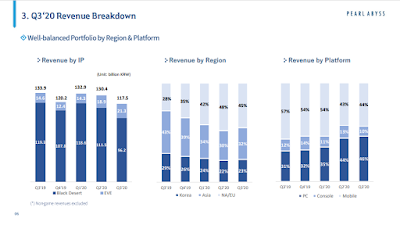 With the release of EVE Echoes in August and a full quarter of operations in China, the EVE IP figured to generate increased revenue. The ₩21.3 billion ($19.1 million) earned in the third quarter represents a 12.7% ($2.1 million) increase over the second quarter and 45.9% ($6 million) year-over-year increase. Pearl Abyss stated on the call the increases were due to an increase of 30% spent by "royal core users" and an increase in revenue from China. The term "royal core users" seems a translation problem and probably references a return of players in Omega status paying subscriptions. 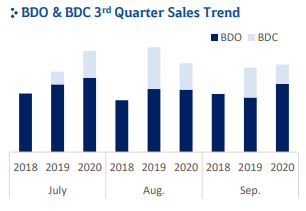 The major news is that revenue dropped for the Black Desert by 13.7% quarter-over-quarter and 19.4% year-over-year. Pearl Abyss gave two main reasons for the decline. The first is a seasonal reason. Just as EVE traditionally has a third quarter decline, so does Black Desert. The other reason is a decline in console sales. Black Desert Online released on consoles in August 2019 and thus sales spiked during Q3 2019. PA announced that PC sales increased by 11% year-over-year in the third quarter. The company's leadership believes that sales will pick up again with the release of the next generation of consoles at the end of 2020.
A question came up from one of the analysts on the call about whether Pearl Abyss is planning on self-publishing in North America and Europe in the future. PA has moved over the last year or two to self-publish games in Asia and has had some financial success in doing so. The leadership on the call noted that they are considering the option and that publishing contracts are set to expire in 2021. In a related note, Pearl Abyss also noted they have begun to sell their games in retail stores and not just digitally. The distribution in brick and mortar stores sounds a bit chaotic record-keeping wise, but sales were described as "quite good." 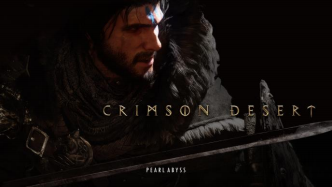 Besides the financial performance of Black Desert, the topic the analysts on the call seemed most interested in was Crimson Desert. Perhaps in a sign that production of the game is going well, Pearl Abyss answered several questions.
Crimson Desert is still on track for a Q4 2021 release, as the studio has over 100 developers working on the game. PA believes the game will do better financially than BDO due to lessons learned in creating Black Desert, the use of a new game engine, and a better storyline. One of the reasons for the optimism is that PA is creating Crimson Desert from the ground up to launch on both the PC and consoles. Black Desert was originally created for the PC and was ported over to consoles four years later. Thus, players will find things like the UI less clunky on both platforms.
Players will get a chance to learn more about Crimson Desert at an upcoming event in December. While PA deflected the analysts questions about the event, Pearl Abyss did confirm that the event would feature a reveal of in-game play.
One concern about Crimson Desert is that PA will not commit to cross-platform play between consoles and PC. While games like Elder Scrolls Online also do not support cross-platform play, industry leader Final Fantasy XIV does. Can a game proclaiming itself the best in the MMORPG genre fail to have cross-platform play in 2021? Time will tell.
Posted by NoizyGamer at 6:00 AM