Why Yes, Procurers Were Nerfed

I spent way too much time since the launch of Kronos explaining how Procurers were nerfed.  A lot of people look at the 50% bonus to drone damage and hitpoints, doubled drone bay, increased targeting range, and 77.8% increase in velocity (from 90 m/sec to 160 m/sec) and figure the ship received a massive upgrade.  Perhaps for PvPers.  But for players concerned about using a mining barge for mining?

First, let's look at the ship and role bonuses listed in the patch notes:


I have a copy of the last Rubicon version of the Eve Fitting Tool and the latest one published Tuesday for Kronos.  For this example, I just fit the three items, Ice Harvester II, Ice Harvester Upgrade II, and the Medium Ice Harvester Accelerator I rig, that increase yield.  The numbers displayed confirm what I experienced ice mining Tuesday night.  The cycle time on my Ice Harvester II increased from 50 seconds up to 54.1 seconds.  I think with the server tick that actually increases the time to 55 seconds, but perhaps I'm mistaken.  But even using 54.1 seconds as the new figure, my cycle time increased 8.2%.

I then did the same comparison in EFT, except this time using a standard ore mining fit.  With Wandering Rose's skills, I see an 8% reduction in mining yield, using the exact same fitting and pilot.  If a ship experiences a reduction in ability in the most important function, I consider that a nerf.

Now, some will ask if I can get the same or better output if I redo the fit.  The answer is yes.  The fit above has a greater yield, 994 m3/minute vs. 983 m3/minute.  However, that does not mean the ship did not get nerfed.  Residing in low sec, I fit for maximum survivability, so I have room to add a Mining Laser Upgrade II.  Many others don't.

In fact, replacing the Nanofiber Internal Structure II with an MLU II may actually increase my survivability.  Sounds crazy, but I think it's true.  The problem with the Procurer now is that the ship is too fast.  Even if I did not replace the nano with an MLU II, I would still need to remove the nano.

Why?  Because mining while aligned is a really, really good idea in low sec.  Hitting a button and warping off while a guy in a cruiser is warping on grid is a satisfying feeling.  Or even if the guy sneaks up and uncloaks, a pilot has a chance of escaping with just a keystroke.  The increase in speed makes mining while aligned much more difficult. 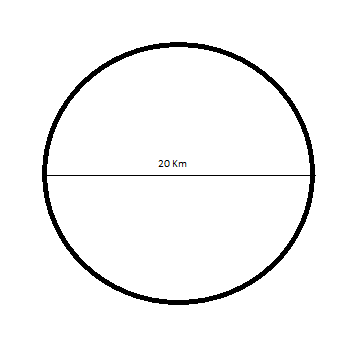 Time for some math.  Let's take ice mining as an example.  The range of an Ice Harvester II is 10 km, meaning that a ship can mine the chunk of ice in a 20 km diameter sphere.  When mining aligned to a celestial, that means a ship can travel, in the best case, 20 km before the ship must turn around or have the Ice Harvester shut down.  Mining fully aligned requires traveling at 75% of the ship's maximum speed.

With Wandering Rose's skills, her align speed was 92.25 m/sec during Rubicon with an ice mining fit that did not use a nano.  In Kronos, the speed has increased upt to 150 m/sec.  That is a big difference.  In Rubicon, Wandering Rose's Procurer could transverse the sphere in 216 second.  With a 50 second cycle time on the ice harvester, that means she could get up to 4 full cycles in without having to turn toward another celestial.  In Kronos, Wandering Rose will transverse the thickest part of the sphere in 133 seconds.  With a 54.1 second cycle time, that means she will complete, in the best case, less than 2.5 cycles before needing to realign.

With careful planning, I usually only needed to realign three times during Rubicon before filling my ore hold.  I figure that number goes up to at least five realignments if I attempt to ice mine while fully aligned.  But that's difficult, as aligning to various celestial objects usually takes me away from the center of the sphere, requiring even more realignments.  And each realignment is a period of vulnerability where a ship, especially a cloaky ship or an interceptor, can jump in and catch me.

If anyone wonders why I consider the velocity increase a nerf, that's why.  I feel even more strongly about the term after my experience on Tuesday night.  Intellectually, I knew I'd need to align more.  But actually experiencing the speed at which I had to realign, especially when fighting off rats at the same time, came as a shock.  I wound up mining at half speed (or less) so I could pay attention to local and d-scan instead of always looking for the next celestial to align to.  Not ideal.

So that's why I consider what was done to the Procurer in Kronos a nerf.  I'm sure a lot of people are happy with having a ship that can dish out more damage.  But as far as I'm concerned, I just want to mine.  If someone comes to fight, I just want to warp off and wave goodbye.
Posted by NoizyGamer at 6:00 AM