A Thought About The Ice Mining Changes

I wandered into the EVE Online official forums looking for information about a titan kill that Chribba tweeted.  Instead I ran into more anti-ISBoxer threads, this time about someone running 50 Mackinaws mining ice in Agal. 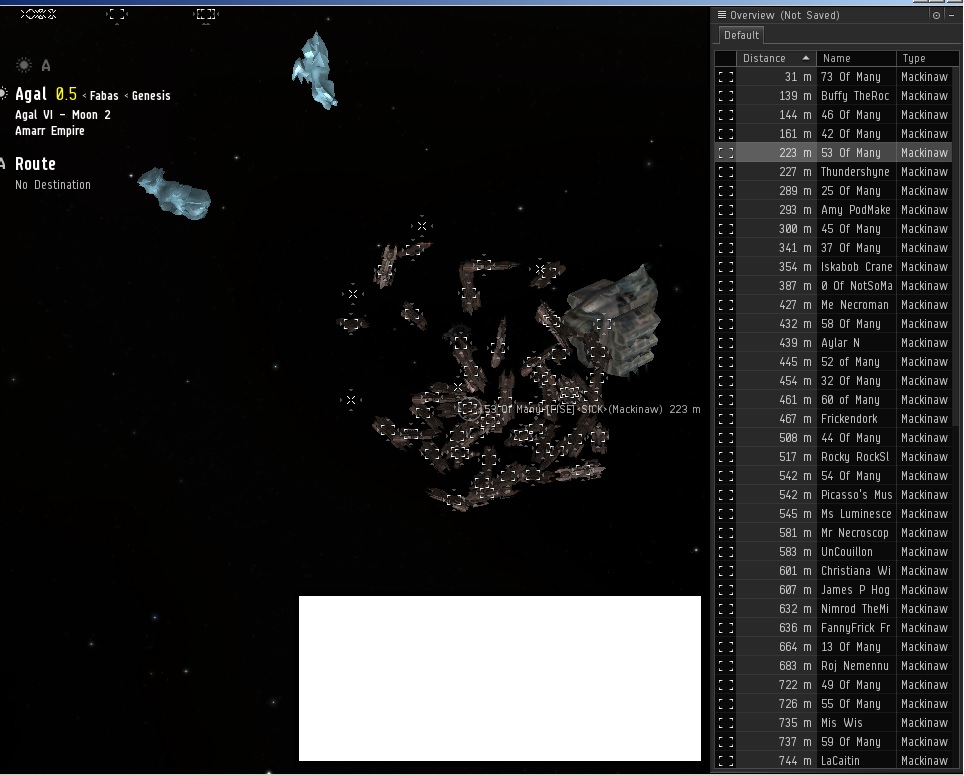 Reading the thread didn't make me want to rage and suicide gank miners.  Instead I thought back to the changes in ice mining.  Here's a reminder from CCP Fozzie's dev blog for those who think mining ice is not worth the effort.


"When Odyssey is released, the current static (and massive) ice belts spread throughout space will be removed from the game, and replaced by a series of Ore Anomalies that will spawn and respawn only in systems that previously contained the aforementioned static ice belts. These belts will respawn in exactly the same system four hours after they are completed, to ensure that players from all time zones will be able to partake in ice harvesting and enjoy the spoils. The amount of ice found in these sites will be tuned to ensure that most, but not all, of the ice needs of the New Eden cluster can be provided by high security belts. At our current numbers, the maximum supply of ice from highsec (assuming that each belt is mined out completely five times a day) would provide approximately 80% of the game's ice needs, ensuring that at least some of the ice mining must be undertaken in lower security space. For context, this means that highsec will still be a large exporter of ice products, being able to generate eight times the volume of isotopes used by highsec control towers.

"To counterbalance this reduction in ice supply and to provide a slightly more rapid gratification from the activity of ice harvesting, we will also be reducing the cycle time of all ice harvesters by 50%, which will result in a doubling of ice yield over time.

"With the exception of some systems in the territories of the Amarr Empire, Khanid Kingdom, and Ammatar Mandate, all systems that currently contain ice belts will have at least one instance of these new Ice Anomalies. Some systems, mostly those that currently contain two or three ice belts, will contain multiple instances of the Ice Anomalies. A full list of Amarrian highsec systems that will contain these new anomalies can be found in our companion blog, so that players can determine if their home will still have ice after the patch." [emphasis mine]

When these changes were announced, many thought they were put in place to combat botters, a very worthy goal.  However, I looked at the system and thought the change wouldn't stop a dedicated botter at all.  According to what I've read on the botting forums, the code was a challenge but the new obstacle not very high.

With a couple of months to think and observe the situation play out, I've now come to realize the move doesn't combat botting directly.  Instead, it combats the effects of botting on the economy.  In the previous resource gathering system, the only limit on the amount of ice a bot could harvest was the fear of detection and bans by Team Security, with suicide gankers the cost of doing business.  Now, with ice belts no longer endless, the possible negative effects that botters can have on the market for what CCP Soundwave envisions as "the oil of New Eden" is to some extent mitigated.

Of course, with that change now comes a competition over resources.  When I first started playing EVE, the complaint was about bots munching on all the rocks, leaving none for US time zone players.  Now the target of high sec anger is single players using advanced multi-boxing software coming in and shoveling the ice into ore bays before the independent guy can get in more than a cycle or two.  But that's a problem for another post that I want to wait on to write.
Posted by NoizyGamer at 8:57 AM