A Quick Peek At Yesterday's Release

I logged into EVE last night, but didn't do much. The new event presaging the coronation of Empress Catiz I doesn't sound too interesting. The rewards, unsurprisingly, are directed at Amarr players, or at least Amarr ships. I plan to go into more detail in another post, but I do not want that skin on any ship I own.

The big change for me is the addition of a second mining turret on the Procurer hull. Guess who didn't go out and pre-purchase extra Modulated Strip Miner IIs? That's right, I didn't. When I looked on the market in Heimatar, Rens only had one. I wound up travelling to Molden Heath. I only bought four more, which leaves me a bit short since I have twice as many Procurers and Skiffs. I'll wait until the price drops to pick up the rest of the equipment I need.

I also needed to make more mining crystals. I put some Veldspar Mining Crystal IIs in the hopper and started researching some Scordite Mining Crystal II blueprint copies. I'm good on the rest of the crystals for now, but I need to take stock of what I have before proceeding. I may even need to pick up some more datacores from my far-flung network of research agents.

Finally, I saw that the art department modified the Probe hull. Considering how much time I spend in a Cheetah, I was a little hesitant to look. 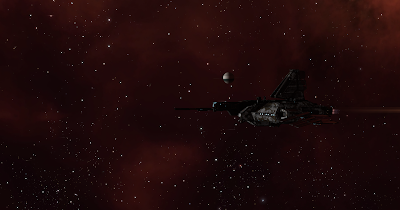 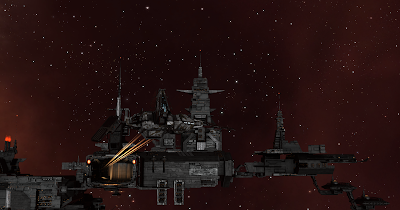 I am not a big fan. My first reaction was, "What happened to the dorsal fin?" The Probe had a big solar collector sticking up out of the top of the ship. Kind of like a shark. Okay, the new model is less angular and probably more stealthy, but I really liked the distinctive fin sticking out of the top. I realize that Minmatar technology improves at a rapid rate, but I liked the aesthetics of the old ships.

We have two months until the expansion hits in November. I need to use the time wisely and take advantage of the current fleet bonuses while I can. I still have a quest for a battleship to fulfill.