I have to hand it to the folks who run SOMERBlink. They are an imaginative crew over there.  Up until last November, SOMERBlink ran a promotion that used the GTC authorized resellers agreement to exchange ISK for real world cash.  That was shut down on 7 November last year.  However, given the way SOMERBlink cashed out before the deadline, I'm only slightly surprised that news of another scheme has emerged on Reddit. 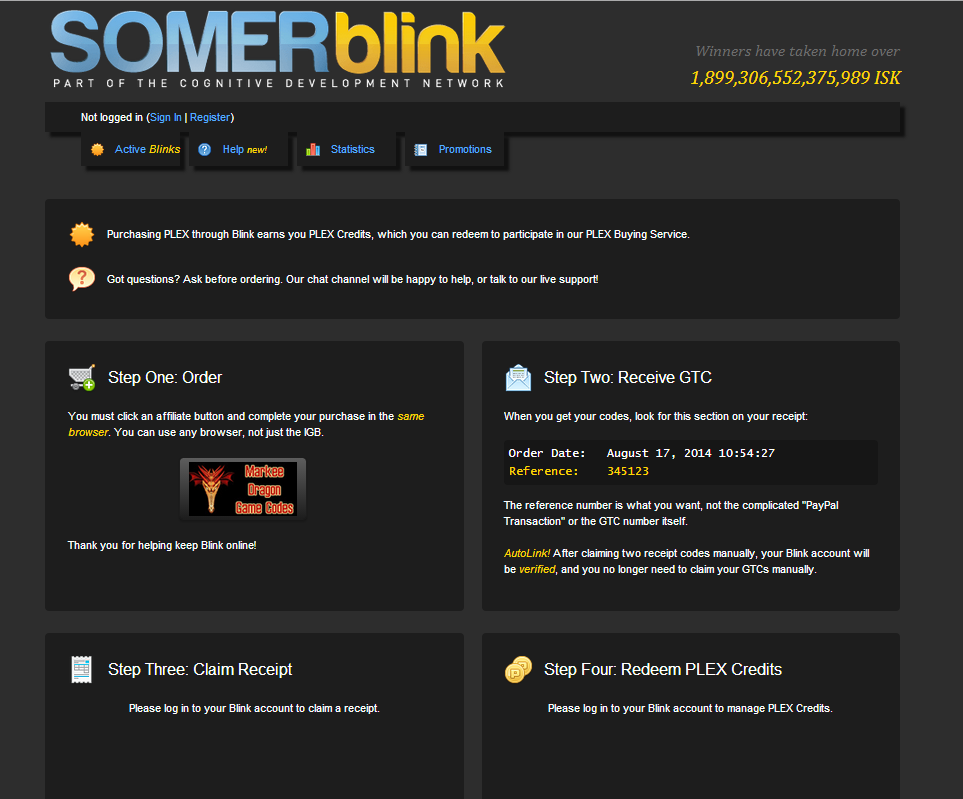 The new promotion is a bit different than the old one which was eventually declared a violation of the EULA and no longer covered by the GTC authorized resellers agreement.  Here are the steps:
At first glance, the major difference is that a player is not given 200 million ISK worth of "Blink Credits" for purchasing using the referral link.  Instead, the player is given, at yesterday's rates, 45 million ISK per PLEX purchased.  According to what I found on the website, the player is not required to turn this ISK into Blink credits to use to play. 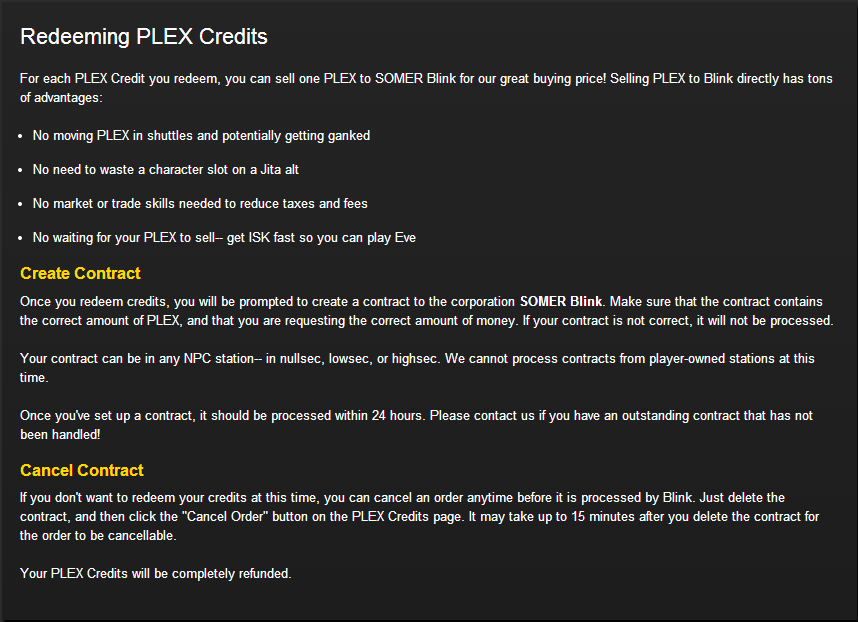 Whether the PLEX is sold to SOMERblink for Blink credits or hard, cold ISK, was unclear.  One person who was in the in-game channel indicated the ISK goes right back into a person's Blink account.  The sentence that leads me to believe that Blink credits are not involved is, "No waiting for your PLEX to sell-- get ISK fast so you can play Eve."  Not play blinks.  Play EVE.

However, let's assume I'm wrong and this is purchased for Blink credit.  As we learned last year, SOMERblink's payout is approximately 80%.  That means that the 830 million payout for a PLEX actually costs SOMERblink 644 million ISK, a profit of about 140 million ISK/PLEX.

The truth is probably someplace in the middle.  A person could just take the cash and run, but a lot, if not most, of the people will turn around and put the ISK back into their Blink accounts.  But either way, people are buying through SOMERblink instead of another site because of the incentive of in-game cash.

I am going to assume that what SOMERblink posted about CCP approving the promotion is accurate.  What I am not going to assume at this point is why CCP approved of the promotion.  Maybe in a couple of days when more facts come out I'll post an update.  Or provide some more background information if things start getting really out of control.  Or do some math.  I'd really love for this whole situation to come to a conclusion before Wednesday.  I'm tired of writing about SOMERblink.  But CCP better come up with a good explanation of what's going on.
Posted by NoizyGamer at 6:00 AM