Love Squad in Pasta Syndicate is at it again.  This time Saburo Ogami is ganking an alt flying a Bestower full of Khumaaks repeatedly in Hek.  They are common as dirt in Metropolis, but pretty rare in Jita, especially after someone buys up all the stock and sees the price climb to 899,666.97 ISK just four days ago.  The price has lowered back down to 399,999.99 ISK but that is still inflating the calculated server values of the items.  Or was, until about 30 minutes ago.

The pilot, Muhammad Imam, is 9 days old.  If I didn't know better, I'd say that Saburo was trying to grief Muhammad out of the game, because as of this writing he's ganked Muhammad 10 times. 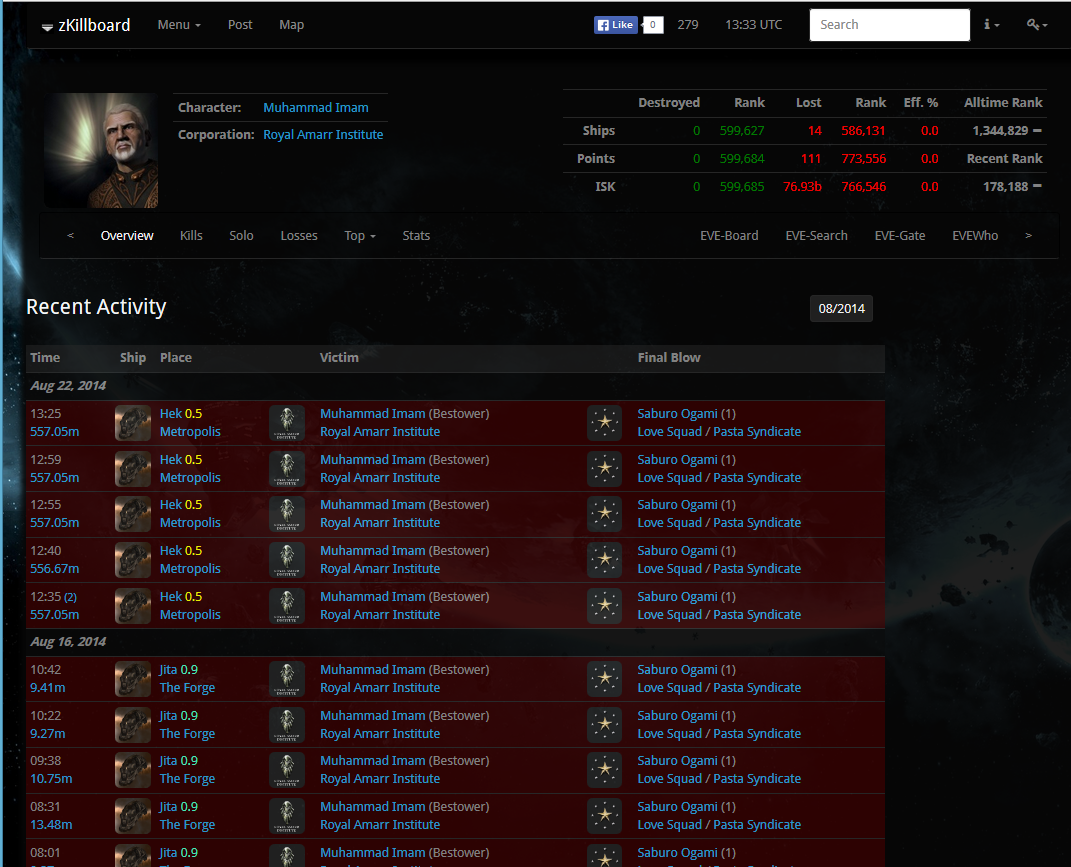 As I was writing this, the value of Muhammad's killmails today dropped from 18.5 billion ISK down to 557 million ISK.  Apparently, either the system is self-correcting, or due to today's extended downtime the prices didn't get updated as quickly as they usually do.  But from where I'm sitting, it looks like Saburo was attempting to do a little market manipulation to pad his killboard stats.  Either that, or he was taking advantage of someone elses.  Still, I guess adding 2.5 billion ISK in kills to your killboard will make a pilot look a lot better.

Posted by NoizyGamer at 8:48 AM