"Someone who knows players and can work with people without dissolving into crazy sauce is important."


Finally.  After months of coverage, the election for EVE Online's 10th Council of Stellar Management begins tomorrow.  After creating a Google site that contains as much candidate information as I could muster and appearing on 7 candidate analysis shows with the Cap Stable crew, I only have one final thing to do.  That's right, give my recommendations on who to vote for.

Before I begin, I just want to state something.  First, thanks to all the candidates, especially the ones who did the Cap Stable interviews and/or filled out the Just For Crits survey/interview.  I know that in my role as a talking head I threw some grenades around, but it's easy for the talking heads to do that.  Running for office is a much harder task, and with only one voice interview taking place, the pressure was on.  Very few of the people running are professional talkers.  I know sometimes I had problems getting my sentences out.  Trying to do it under pressure?  Thanks for making the effort and getting out there in front of the voting public.

Next, my list is basically for those outside of null sec.  The null sec powers have their lists and their organization and will most likely win 6-9 seats.  My list is to help decide the remaining seats.  For example, recommending for people in Empire space or wormholes to vote for Sion Kumitomo is a waste of a vote.  As the top candidate on the Goonswarm Federation ballot, he is one of the few locks in this election.  So don't expect to see any null sec candidates on my list.  With that disclaimer out of the way, let's begin.

1.  Sugar Kyle.  Sugar Kyle tops my recommended list for the second year in a row.  I'd seen her in action at Fanfest in 2013 and knew that the devs would not intimidate her.  I also knew that she could make a calm, reasoned argument, and eventually the change she proposed made its way into the game.  Not bad for just a player attending Fanfest.

I highly recommend her for reelection, as she is acknowledged as one of, if not the, hardest workers on CSM 9.  She is also the top low sec candidate, who during her term also managed to move from a small alliance in the backwater region of Molden Heath to Snuff Box.  In addition to moving her low sec market, she became a capital manufacturer, thus expanding on her knowledge of the game.  With that type of in-game growth in addition to her heavy workload and massive binders she always seems to carry around filled with player input to give to the devs, and the constant flow of information she posts on her blog, I can feel confident that I'm voting for a candidate who will perform in CSM X.

2.  Mike Azariah.  Every time a CSM election rolls around, two things happen.  One, Mike Azariah runs.  The other?  I endorse him.  For the 6th year in a row, I am endorsing Mike for a seat on the CSM.  Despite a good performance over the past year, I questioned whether I should endorse him.  After the Trebor Daehdoow experience of having someone server four terms, do I really want someone else to serve even three?

After looking at the other candidates, I did not see anyone else running that would serve the incursion and high sec carebear communities nearly as well as Mike.  So I'm recommending that everyone vote for Mike one more time so we can enjoy another year of repeated podcast and internet radio hotdrops and forum posts as he does his patented job of community outreach, with the seemingly mandatory goodie for the incursion community.  I'm sure the techs in Iceland dread dealing with his ever present technical gremlins, though.  But this is that last time, Mike.  You hear me?  The last time!

3.  Steve Ronuken.  I normally don't like specialists on CSM.  I like people like Sugar Kyle who has a lot of experience doing many things, also she's played in low sec her entire career.  But Steve is different.  His specialty, third party development, potentially affects every player in EVE.

On a CSM that blew up near the end with complaints of communication problems between CCP and CSM, Steve did not have that issue.  Apparently, his partnership with CCP Foxfour on the development of the CREST API has really helped the third party developer community.  Combine that with his knowledge of industry and Steve was one of the most productive member of CSM 9.  With no other candidate having Steve's qualifications in both 3rd party development and industry, Steve's presence on CSM X is almost required for the continued success of the CSM experiment. 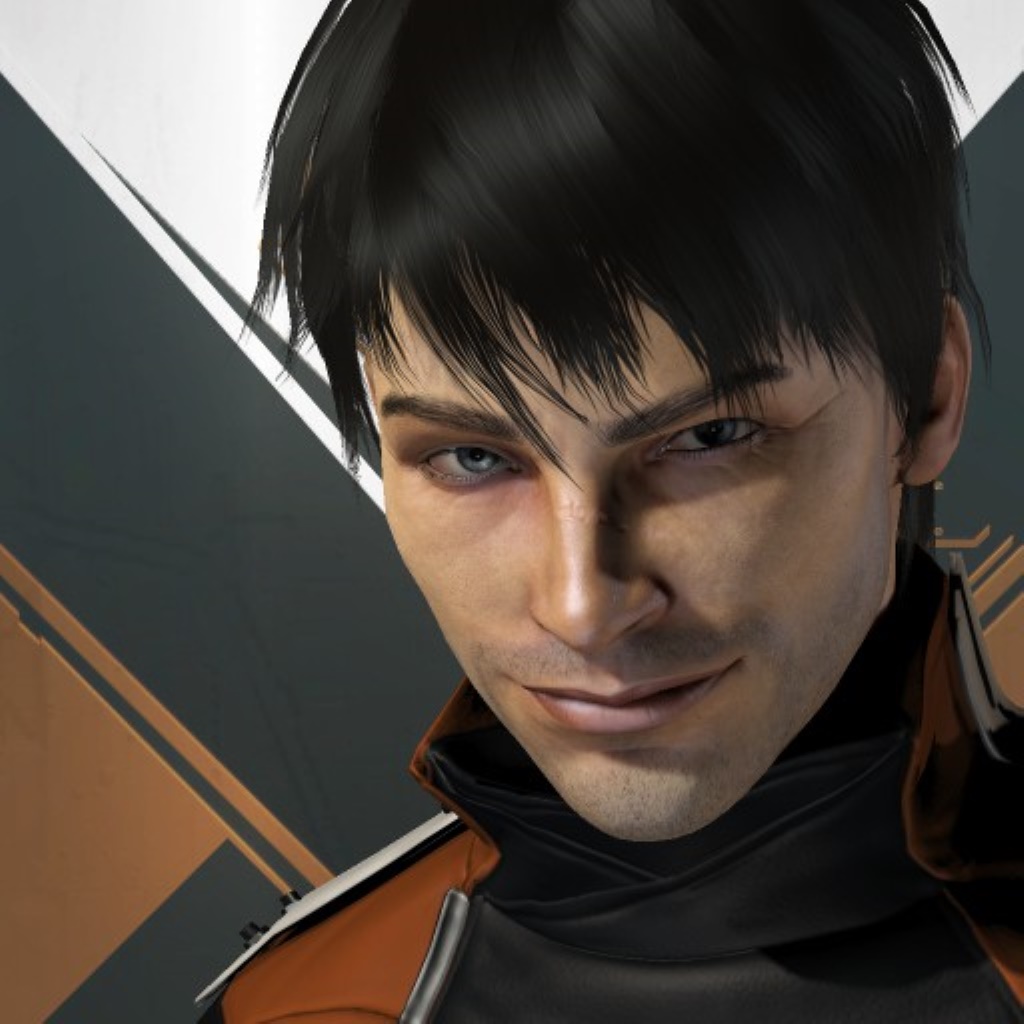 4.  Chance Ravinne.  At the beginning of the CSM election season, I determined I would put a new player in the fourth position on my endorsement list.  I know a lot of people find it hard to believe, but EVE's steep learning curve makes someone who has played for a year still a new player.  Fortunately, the choice among the new players was relatively easy.  While Suzy RC Mudstone is an attractive candidate, his position in the CFC means 1) he's a null sec player and 2) probably needs another year of seasoning in order to get the support needed to win a seat.  That leaves Suzy's running mate and torpedo deliveryman Chance Ravinne as my new player selection.

Despite the introduction, I think that Chance is actually a better candidate than Suzy.  In his interview and some of the other research I did, Chance knows his limitations and plays to his strengths.  Those strengths include a real world marketing background and perhaps more importantly, a knowledge of how YouTube content creation works.  At a time in which the CSM is providing a wider scope of advice, Chance's YouTube experience could help CCP develop a program with interacting with YouTubers.  I also think his insights as a new player could help Team Pirate Unicorns develop the new Opportunity system.  The fact that I've recently joined Mynxee's Signal Cartel that helps keep Eve-Scout up to date and operates out of Thera also helps me feel more favorably disposed toward the torpedeo deliveryman.

5.  corbexx.  How could I possibly put corbexx all the way down at number 5?  Quite frankly, because as far and away the best wormhole candidate, the wormhole community should rally around the incumbant and easily reelect him.  To any wormhole resident reading this, place corbexx number one on your list.

Basically, I don't expect corbexx to need my vote, but he's done such a good job it seems a crime to leave him off my list.  In a year in which wormholes didn't really seem headed for any major revamps not already vetted by CSM 8, corbexx put in the work to prove to CCP that income in the lower classes of wormholes (C1-C4) needed improvement.  In addition, he opened up new avenues of communications between the CSM and the wormhole community.  He even stepped outside the wormhole community in joining Sugar Kyle in her scheduled monthly talks on the Eve University Mumble server.  Oh, and along with Mike Azariah, became involved with clothing in the Nex store.  All in all, an impressive performance deserving of a second term on the CSM.

6.  Bam Stroker.  I know, I said no null sec candidates.  But having lived in low sec within jump range of Fortress Amamake for so long, I have a hard time picturing the nomads of Pandemic Legion as just a null sec alliance.  Also, the main reason for selecting Bam in the 6th slot is not for his combat experience.

Bam is probably most known for his work on EVE Down Under, the largest player-run EVE gathering now that CCP has taken over EVE Vegas.  In addition, Bam has tirelessly promoted player gatherings throughout Australia.  But what intrigued me the most in his Cap Stable interview was his concept of extending the out of game community he has worked on into the game as well.  I liked some of his ideas and think CCP might want to give some of them a try.

In addition to his broad concepts of community both within and outside the client, Bam does have the null sec experience that will come in handy when the discussions turn to null sec sovereignty revamp. Bam's breadth of knowledge gives him a clear advantage over the other highly thought of community candidate, Jayne Fillon.  After losing in the CSM 8 election, Jayne took the wrong lesson from his defeat and actually narrowed his field of interests, which was already too narrow in my view.  That decision I think will cost Jayne a seat in this election as well.

Honorable mentions - While I don't put null sec candidates on my slate of candidates, I do want to point out three additional candidates.  The first is Endie, who will most likely receive the #2 spot on the GSF ballot.  His "I don't want to sit on a rotting throne" comment will probably go down in CSM history.  The second candidate, Manfred Sideous, is probably a lock for a seat as well.  CCP has already consulted with him on the null sec changes on an informal basis.  Quite frankly, elect both Endie and Manny, make them sign the NDA, and milk them both for everything possible.  However, don't put them in front of the six candidates above.  Endie and Manny are already going to win.

The last candidate is Xander Phoena.  For everything that people have said about Xander lately, one thing that people have never said is that he doesn't keep his promises.  He vowed to communicate with players and he did.  He said he'd work to get the minutes out on time, and his 3 sessions of the summer summit written were second only to the nine output by Sugar Kyle.  And he did promise to bring the ISBoxer issue up, and the Team Security session at the summer summit seems dominated by the subject.  So if you want to throw Xander at the end of the list, I won't object.

What about the rest of the slots?  Who cares?  Voting for someone you really don't support is the true waste of a vote.