I'm running out of major items to purchase. One of the last purchases on my list was to complete my collection of glamour items. I still haven't won the Casual Attire set from the Kupo of Fortune game, but I now own all of the Craftsman's glamour pieces. 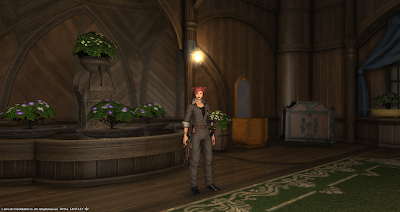 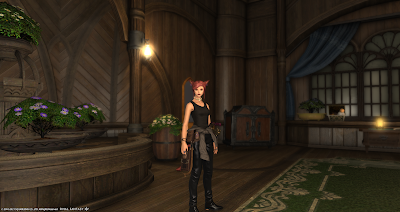 The second set is pretty much leather-based. In addition to the leather shoes, this shot includes the Craftsman's Singlet and Craftsman's Leather Pants. I really like the shirt tied around the waist. 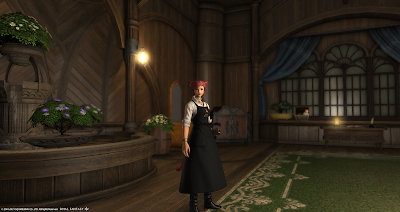 Finally, I replaced the singlet with the final piece I purchased, the Craftsman's Apron. I like the effect as the pants and shoes merge pretty well, which is the reason for using the leather pants. 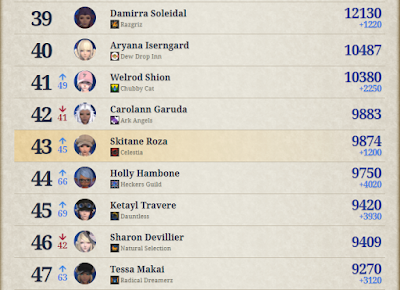 Going into the final day, I think I'm assured of finishing in the 40s on the weaver list. I plan on only crafting 20 items or so, just so I can say I finished with over 10,000 points. 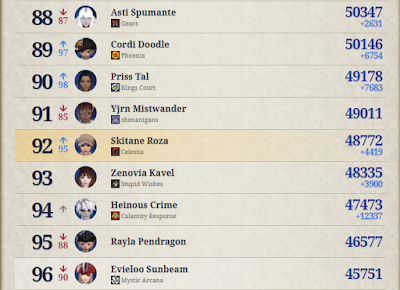 On the botanist list, I rose three places to 92nd. I'll gather another hour or two, just to get the scrips. 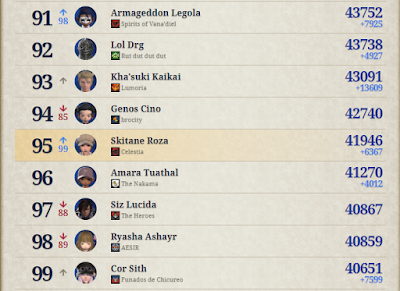 I have the same plan for the final day with mining as well. I think even placing as high as 95th place as I was at the end of day 9 is a little silly.

Finally, the money making potential of the event is at an end. I only made 247,972 gil yesterday. In fact, Kiri didn't even sell all the items she put up for sale overnight. But since the Sunday afternoon before the competition began, I have made over 4.7 million gil.
As I publish this, the competition has a little over 4 hours left to run. Quite frankly, I'm ready to move onto other subjects. But I might as well go ahead and play to the end.
Posted by NoizyGamer at 7:39 PM